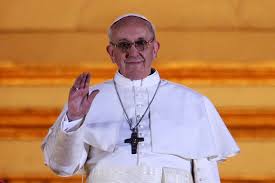 Now that there’s a new Pope, I can’t help thinking about the positives and negatives of Organized or (Institutional) Religion. I think for the most part, when I’ve heard the term “Organized Religion” it has come from someone saying they don’t like it. In my experience, these negative feelings have come from people who consider themselves religious/spiritual, but do not wish to take part in the institutional aspects of whichever faith.

I think there are many reasons that people may feel this way, but I’ve basically come into contact with two main explanations. The first is that institutions restrict religion, making it too formal and ritualized, when it should be something that flows from the soul. The other claim is that the organized religions basically go after each other and create, if not war, then something less than a complete peace (if only by arguing).

Now, as a Halakhic Jew, I’m just about as organized and institution oriented as you can get, so you might reasonably assume that I support this type of religion. This is true, though from the perspective of Jewish law, even if you strongly disagree with the system, it is still binding. That is a good example of the possibly constricting nature of institutional Judaism.

On the other hand, I can’t help but think of the positive aspects of this kind of religion.

1. Organized Religion Can Be Shared. Spontaneous Spirituality Cannot Be: It seems to me that if we abolished the institutions involved in religion, and in Judaism I think this includes the law as institution, we would basically also abolish shared religion. Each person might have their own religious feelings and beliefs, but there would be no way to share it.

For the Jewish people, this basically means no more Jewish people, since this is what binds us. And lest you respond that a pure nationalism is possible, I will ask you how exactly you define the Jewish people? Even if you want to reject the Halakha, you must have some organized and formal definition which we might share and rally around.

So for the national religion, of which Judaism is the only example off the top of my head, it seems impossible to survive without at least some major organized points, just in order to keep us together. In fact, how can any group worship together, or how can a parent share a religious act with a child? It is true that they could both perhaps do some act which feels religious to each them, but to do it together requires a shared act and planning. Jewish law gives us the ability to share our religion together, whether it is by the Passover Seder or morning prayers.

There is a larger point here, I think. Spirituality in Judaism is born of a sense of community. Although the individual’s spiritual life is very important, in the bottom line we all go to Shul together, are responsible for each other, etc. A lone person’s spiritual life may be very full, but remains the worship of just that person. 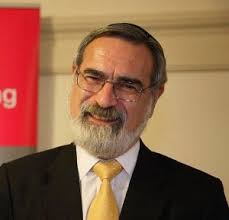 Doesn’t his smile make you want to organize a religion?

All of this is not to say that spontaneous religious feeling isn’t often very important (especially in prayer, say), but rather to defend what is sometimes put down unfairly in my opinion.

Additionally, I’d like to consider the arguments that religion creates. As we all know, religions tend to disagree with each other, and this may perhaps be multiplied within a religious group, where different factions argue for one opinion or another. This is, of course, especially true of Judaism, where arguing is basically our bread and butter.

Now, it is very understandable why many of us want to refrain from all the disagreement (and all of this is without even getting to the wars caused by religion), but I still think we might find many advantages in arguments, provided they are conducted in a respectful manner.

3. Arguing Is Good Too: First, arguing helps us test opinions and get closer to the truth1. If we are going to worship God together, then it is important to consider the way we do it, even though this requires disagreements.

Additionally, arguing is a sign that we are not complacent. We wish to move forward, analyze ourselves, our religion, our law, and our shared experiences. Through sifting through minute discussions, even those discussions which go on for thousands of years, we come closer together.

Relevant to this is the fact that Torah needs disagreement. Those of us who study Talmud know that each page is filled with machlokot, or arguments. Torah, which requires disagreement by its very nature, is considered to be equal to all of our other commandments and values (provided that we put it into practice).

4. Disagreeing Together: Additionally, arguing, while it seems to be something which highlights the gap between two parties, also highlights what is in fact shared by those two groups. A group of people arguing about how to serve God agree they must serve God, since the argument would be quite foolish and pointless otherwise. And so on and so forth.

So I might just be naive, but this whole organized religion thing doesn’t seem too bad to me! But what do you think?

1As is well known, the Common Law system, which operates in such countries as Britain, the US, and Israel, relies on this point. It is called the Adversarial System for this reason.

Is Judaism Too Dry?

“There’s no deeper feeling than the awareness of a man that he has accepted upon himself the yoke of the Kingdom of Heaven, and there is no joy like the joy of one who lovingly bears this yoke of Torah and the Commandments.” – Yeshayahu Leibowitz

It seems more and more people today charge that Halakha (Jewish Law) is too dry, that it doesn’t have enough “soul” to it, or that it is a shame to limit Judaism to pedantic legal discussions.

Rather, someone may ask, shouldn’t it be more about how we feel about God, or about the values behind the law? It just seems so small minded to spend all of our time on the specifics of endlessly detailed rituals that don’t even make the world a better place! Why is it so important when a steak is kosher, or when a Sukkah (Tabernacle) is tall enough, or when it’s OK to turn the TV on?

In the end, wouldn’t it be better if Judaism was more spiritual, and less legal?

These are good questions in my opinion, and I think they each deserve careful thought and consideration. Furthermore, I think it would be foolish to claim that we can answer them all with the certainty of a mathematical equation, even though, as Halakha observing Jews, we may try. And I really do believe there are many answers to each “Why” we have raised.

However, I do not want to write about any of the answers to these questions. Rather, I want to offer my side of the coin, since you’re talking about me when you mention to someone how odd it all is, that people place such emphasis on a legal system. Maybe my experience could serve as a kind of explanation for why we do what we do, or at least why I attempt to do what I believe I should be doing.

To me, Halakha is not dry or soulless. That is not the way it feels. It does not feel small minded, and though it is highly concerned with the smallest legal points, this is part of why keeping it is a rich spiritual experience.

Why do I feel this way?

Well, how could I not? It’s how I serve God.

I can’t tell you that I’m always excited about it, because I’m not. Keeping Halakha is hard, and trying to improve how I keep the mitzvot (commandments) is always a struggle. But I am committed to doing my best, and in my best moments, I love it completely.

These tiny details and pedantic discussions are my concern because I want -in my best moments- to serve God is the best way that I can. Not haphazardly, but with a commitment that researches even the smallest questions, and asks how long a wall should be, or what the best shade of color for an etrog (citron) would be. Halakha forever asks: How can we best fulfill what is required of us? And our Sages seek to answer just this question.

It may or may not improve the world when I light a candle, or say a blessing, but for many of us, the service of God is a world value in it of itself.

I cannot ask you to feel this way with us. That will have to be your decision. But now you know -to some of us at least- keeping the smallest elements of Jewish law is nothing less than the richest of experiences, where we may each take part in the best man can accomplish.